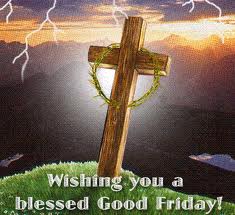 Today’s as good a day as any to start writing about why you’re no longer Catholic, right? I think so. “Good Friday” was the day that Jesus died for our1 sins, apparently. He rose again three days later (even though the resurrection is celebrated just two days after the crucifixion) but I can’t quite recall why that happened.2

But this is about why I lapsed from Catholicism. Context: I was raised Catholic in Ireland, and attended Catholic school for the 14 years of my life I was at school before I went to university. My family wasn’t particularly devout, and has always had a good sense of proportion and cynicism about religion, but Catholicism was always part of my home life. Going to mass on Sundays and Holy Days (e.g., Good Friday) was obligatory, and attending confession was  strongly and heavily encouraged, particularly when I was younger. Growing up Catholic in Ireland has a whole other meaning because of the Troubles, but that’s a story for another day. I started to move away from Catholicism when I was about 15 or 16, lapsed unofficially (i.e., stopped attending but didn’t tell my family) when I was about 18, and lapsed officially when I was  22 or so.

It all began when I was about 13 or 14. I embarked on a period of extreme religiosity when I actually thought for a while that I might like to become a nun. (I know!) During this time, I had started, you see, to have Impure Thoughts and I couldn’t figure out from whence they came or what I was supposed to do with them. I was tormented because, not only had I been told 1000 times (at Catholic school and at mass) that such thoughts were the devil’s own creation, I’d been led to believe that girls were especially not supposed to have them. Boys were allowed, sort of, because they probably couldn’t help themsleves and it was different for them anyway. I was never actually told what “different” meant.

But I’d similarly been led to believe that, in order to do God’s “great work of procreating”, one would have to to engage in the very act I was being told not to think about. It was all so contradictory and confusing and difficult, and, for a year or so, I invested a lot of energy in trying not to think about any of it at all. I was convinced, you see, that if I continued along the wayward path that I was clearly setting for myself, I would end up in the burning fires of hell before long. That’s what happened to girls like me. (At this point, I hadn’t so much as held hands with a boy, never mind anything else.) I prayed and I prayed and I prayed that such thoughts would go away and leave me alone but it didn’t work; they were as prevalent and disturbing as ever. It was then that I decided that I should become a nun as soon as possible. Nuns don’t ever think about those sorts of things, right? I would be saved!

Quite organically, I reached the end of that phase, and I got very angry indeed. I really had driven myself demented trying to be A Good Girl when all along, I quickly realised, I had been doing nothing wrong. If there is a God, I concluded, why had he allowed me to put myself through such torture? I had been, very frequently, in despair during that time (and I’d been horribly unhappy) and he had allowed me to put myself there. The nasty bastard, I said to myself. Besides, I quite liked the Impure Thoughts I was having; they were fun, they were interesting, they involved boys I knew, and I flipping well wanted to have them. So I decided that if “God” didn’t like them, he could feck away off for I was going to have them anyway. And he clearly didn’t care that much about me if he allowed me to hurt myself so badly. So I carried on having them (and I haven’t stopped since).

That drew a welcome line under that time in my life. It wasn’t too long after that when everything else fell into place. More tomorrow.

——
1 I say “our” but for whom Jesus actually died is anyone’s guess. I conjecture that it doesn’t apply to the  Jews, for example, and probably not the Buddhists, and certainly not the Muslims. It’s never sat quite comfortably with me that either he or we get to pick and choose who that might be.
2 All of the above is based on the assumption that you believe that someone Very Special Indeed called “Jesus” existed, did all of these things that are still talked about 2,000 years later, and matters one way or the other. I do not.